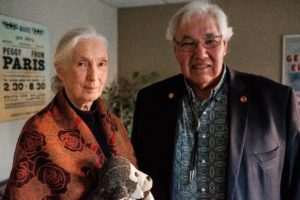 Dr. Jane and Senator Sinclair need your help to make sure these critical protections for animals are passed by the Senate and then by the House of Commons so that the Jane Goodall Act can officially become law.

Using our simple tool below, tell your government representatives to stand up for captive great apes and elephants by supporting the Jane Goodall Act. Simply fill in your postal code and hit “add your voice” to encourage Senators and your MP to protect animals and stand behind the Jane Goodall Act. You can even customize the letter (optional) before hitting send!