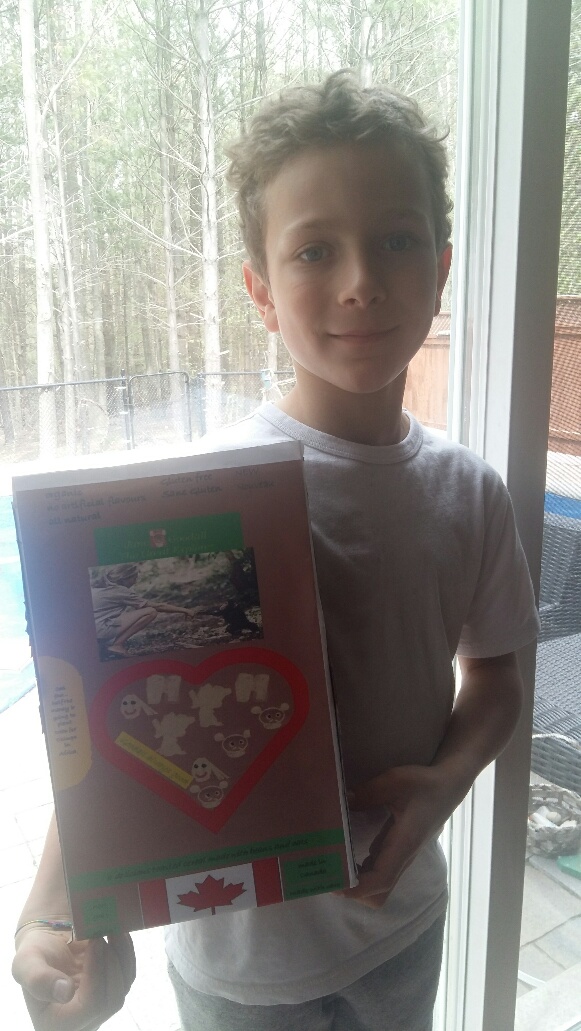 We receive a lot of fan mail for Dr. Jane. The authors range in age and come from all walks of life. Some of our favourite, most shared, letters are from kids, often handwritten and imaginatively decorated.

We were collectively delighted when this came in from eight-year-old Julian Shay Boynton addressed to his hero, Jane Goodall:

“We have a lot in common.  We both like animals, the outdoors and we both like to protect and save the environment. I am inspired by you and what you did when you were 26 years old by going to live in the wild with the chimps.

“I learned about you in a book I just read called, Who is Jane Goodall? I wrote a book report about it. I also had an idea to create a cereal box of you because I wanted kids/people to also learn about your accomplishments.

“I am curious why a cereal has not yet been made about you. I would like to introduce my cereal idea to you. I would LOVE a cereal box made of you so that others can learn about how incredible, brave, focused and committed you are. AND you are still trying to help chimps because their homes are being destroyed. I don’t think many could have done what you did. You accomplished so much on your own. Thank you for reading this. I know you are very busy traveling 300 days out of the year.

“From your follower, Julian Boynton.”

We were very impressed with Julian’s entrepreneurial spirit as well as his inspired idea for a cereal in Jane’s honour. Julian quickly followed up with a second letter: 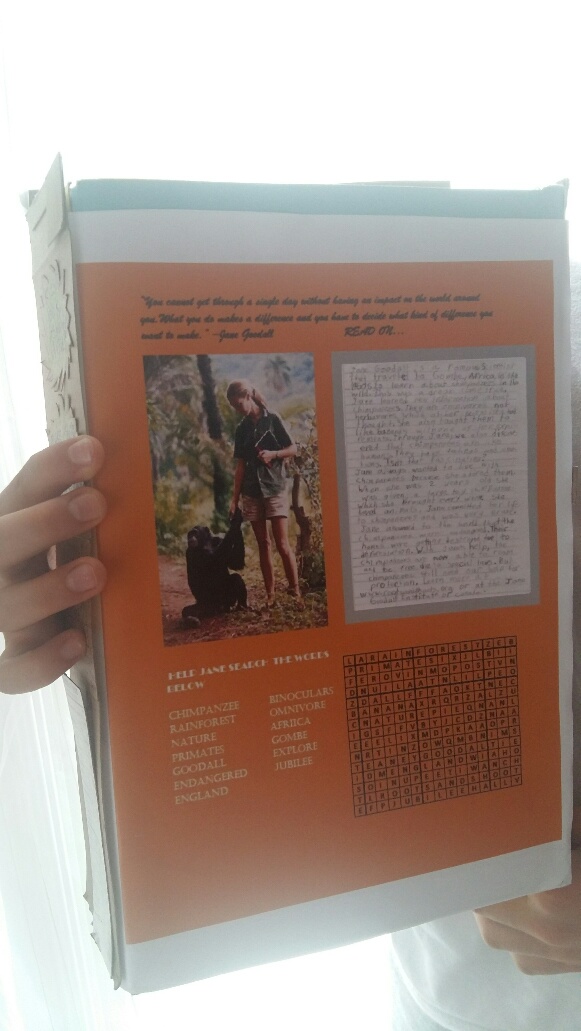 “I am excited to share with you my cereal idea. I want to follow Jane Goodall’s footsteps in helping wild chimps. She has inspired me with her loving nature with animals, people and the environment. I came up with this idea because kids like me love cereal. But this cereal will be healthy compared to other cereal.

“This cereal box will make kids more knowledgeable about Jane Goodall and the chimpanzees. What else is AMAZING is that I would like half the money from the cereal to go to the chimps, their habitat and the workers. The other half would have to pay to make the cereal. …I think.

“This cereal will sell because:

“I hope you like it. I worked really hard on drawing those pictures and it is very hard for me to draw.

Thank you Julian – you are as inspiring as Dr. Goodall!  We’ll be the first in line to buy your cereal.

“The more I learned about animals and the factors leading to their declines and extinction,” says Matt Brunette, a volunteer writer and researcher with JGI…

As manager of our Roots & Shoots youth program, Jen Duffy has witnessed many stand-out moments, times she saw firsthand the transformative power of working…

As the  Executive Director of the Jane Goodall Institute in the Republic of Congo and head veterinarian at the Tchimpounga sanctuary,  Rebeca — who was…