#CycleMyCell: From the Congo to Consumers - Jane Goodall

#CycleMyCell: From the Congo to Consumers

Do you know where you cell phone comes from?

It seems like no matter where you look, someone is telling you that now is the best time to upgrade your phone- and for free! But why are these companies encouraging you to upgrade to a new phone when your old one works just fine? Do you ever wonder where this seemingly endless supply of phones comes from?

The key components used in the manufacturing of phones are imported from developing countries such as the Democratic Republic of Congo (DRC). Deep in the forests of the Congo, men, women and children spend endless hours digging for minerals – coltan, gold, tin and tungsten– that are used in our mobile devices. For the most part, armed militias oversee these mining operations and use the profits of the sales to fund ongoing conflict – which is why we use the term “conflict minerals.”

Although the DRC has a wealth of natural resources, many Congolese live in deplorable conditions as the mines and much of their agricultural lands are controlled by the militias. Under the threat of sexual and physical violence, families are forced to flee deeper into forests, where they have little choice but to hunt animals for sustenance; animals such as chimpanzees and other great apes. The increased presence of humans in these areas combined with their heavy dependence on animals for “bushmeat” has led to a significant decline in great ape population. Additionally, in order to create these mines, huge areas of the Congo Basin (the second largest rainforest in the world) are deforested, removing habitat from chimpanzees and other wildlife in the area.

Animals, People and the Environment 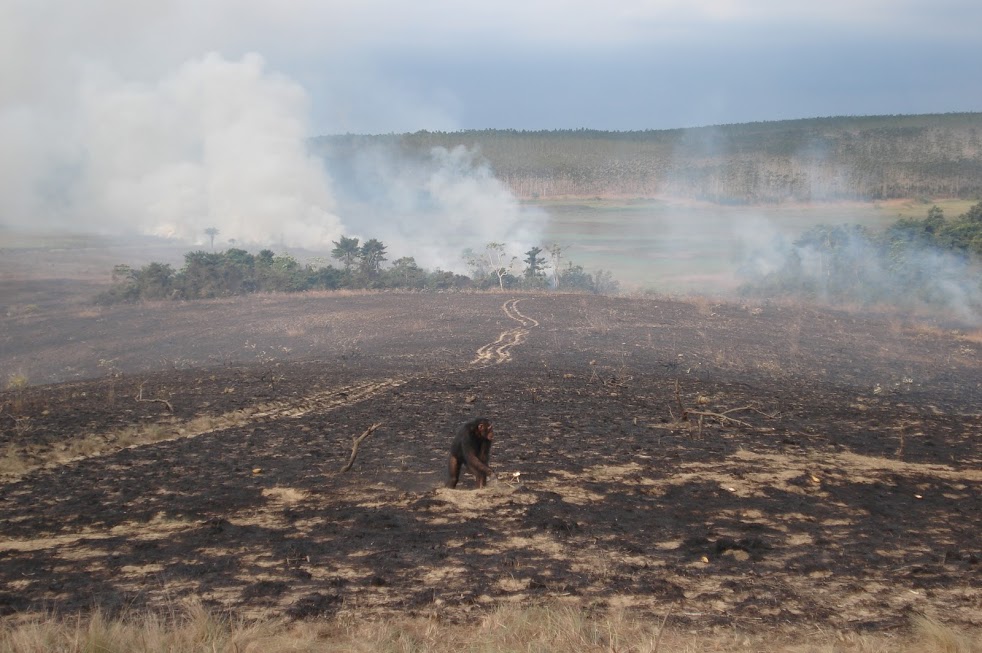 In combination with the infrastructure established by mining operations such as logging and road construction, endemic plant and animal species have also been threatened by habitat loss. Chimpanzees are just one of the endangered species jeopardized by the impact of mining, hunting and poaching. There is no safe haven for these animals to escape to; even protected parks are impacted by mining and deforestation.

The Congo Basin has often been thought of as the “second lung” of the earth, as its forests make up one of the largest carbon sinks on the planet (second biggest only to the Amazon). However, unsustainable practices resulting in degraded ecosystems and the loss of wildlife threaten to eventually release these carbon storages.

It might not seem like it, but our consumer choices in Canada have a direct effect on the situation in the Congo. Our demand for new phones fuels the demand for conflict minerals—a demand that can be significantly reduced by recycling old cell phones.

What can be done? 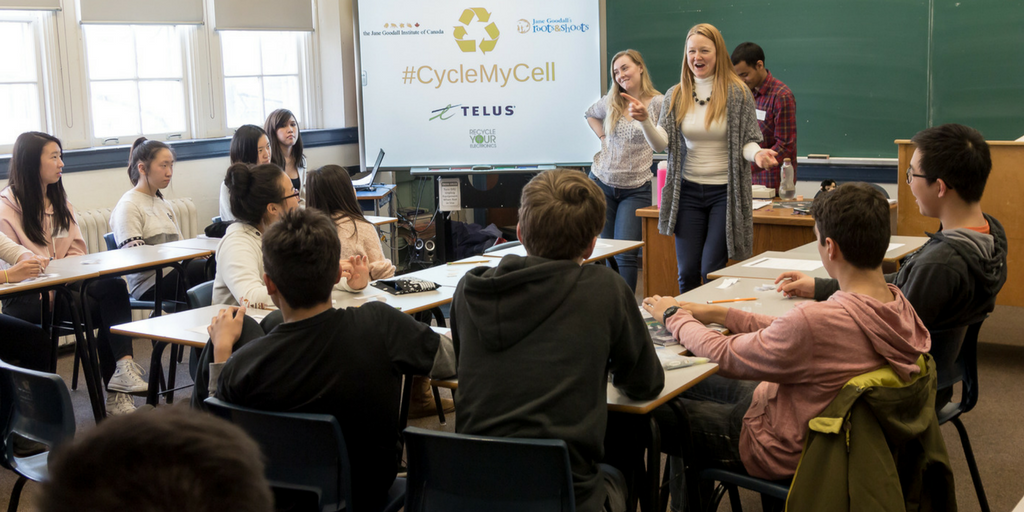 Last year, the Jane Goodall Institute of Canada ran a mobile phone recycling program with three Toronto schools called #CycleMyCell. The campaign was part of our Roots & Shoots Program and educated high school students about issues around e-waste, concern for climate change, endangered species, habitat protection and issues around conflict in the DRC. 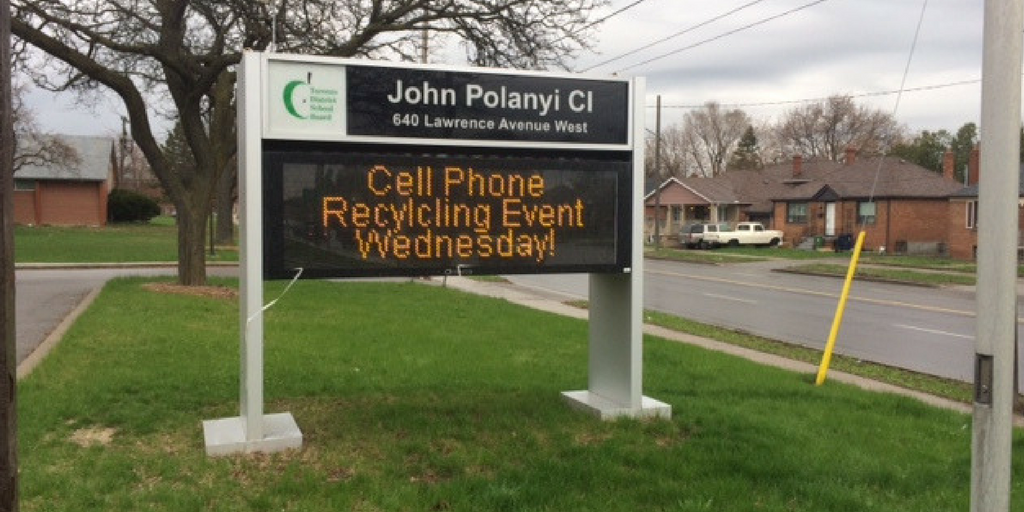 This year’s #CycleMyCell campaign will launch in February 2018, and will include 10 schools in the GTA! Schools signed up for our campaign will have the opportunity to hear to the powerful words of Michel Chikwanine, who explains the #CycleMyCell campaign through his first-hand account of his childhood spent in the DRC. Over the course of four months, students will collect phones in their community while engaging in interactive lesson plans that raise awareness of critical issues of environmental degradation, plant and animal species endangerment, and human rights violations. Join the movement today!