Isn’t it wonderful when all the stars align? On days like this, from the moment you wake up, the day just keeps getting better and better. It is a dream in itself to sleep on the shores of Lake Tanganyika in Western Tanzania. At dawn, a chorus of birds blends with the soft sound of waves lapping at the pebbly shoreline and crickets chirping. This very special place is where Dr. Jane Goodall first came to know and understand the wild chimpanzees of Gombe. 60 years later, it is still one of the most incredible places on Earth.

August 23, 2019 was one of those perfect days. I woke early with excitement with a plan to search for the chimpanzee Gremlin and her daughters in Kakombe Valley. I had hopes of spending the day with them, observing their behaviors.  Spectacularly, Jane was in Gombe, too. Being in Gombe with Jane is quite surreal, and amazing things seem to happen when she is here. I have known her for 30 years, and the awe and wonder of who she is and what she has done has never faded. To spend time with her in this sacred spot, where she discovered truths about great apes and humans that forever changed history, is simply beyond words.

After listening to her delightful story about two tourists who traveled 200km just to meet her, I set out on the south side of Kakombe Stream. I quietly worked my way up the valley, and was happy the find a tree absolutely packed full of Red Colobus Monkeys. 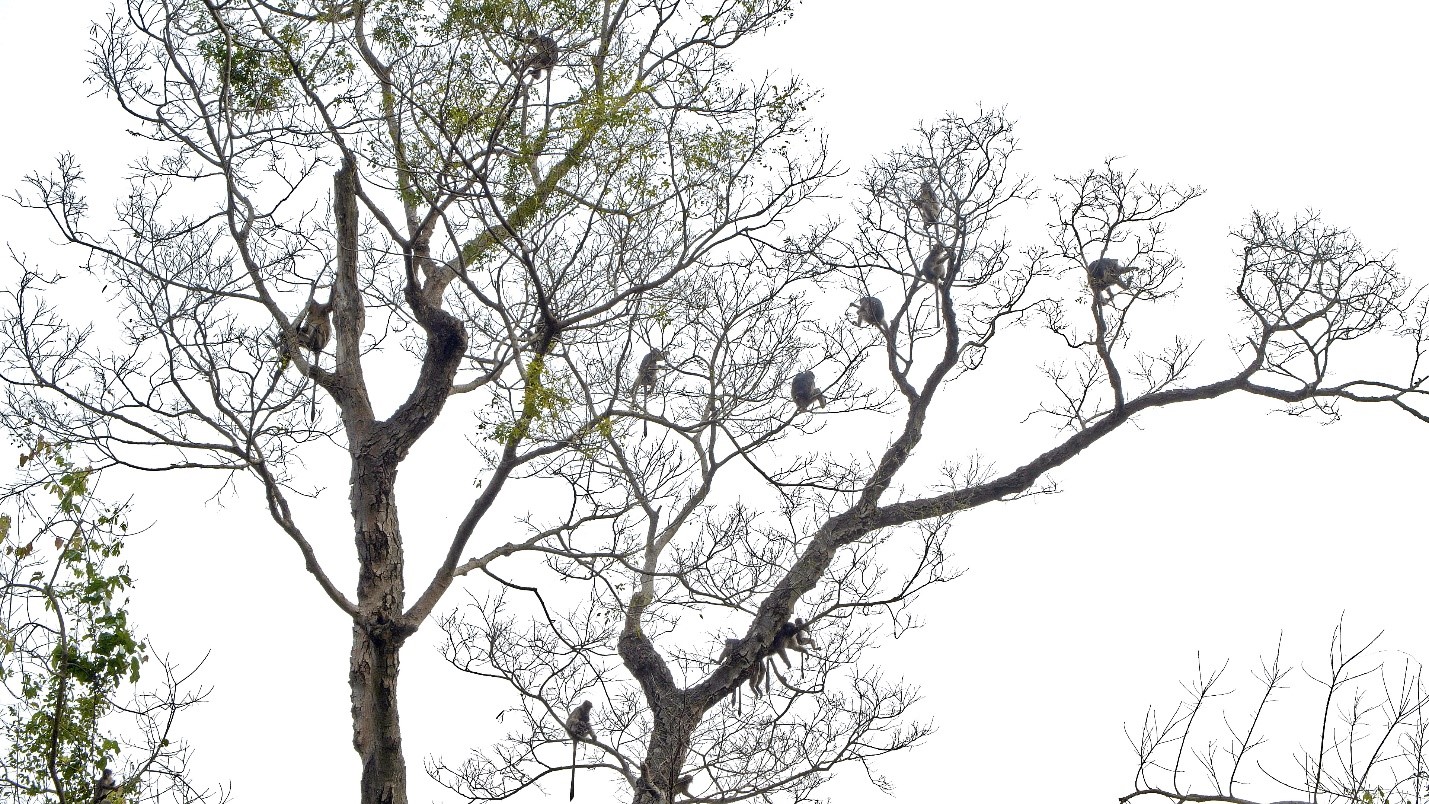 Though I really wanted to find chimpanzees, having a chance to get film footage of an open tree with nearly 20 monkeys in it was too much to resist. These kinds of decisions are tough. Do I leave and possibly miss a rare opportunity to record excellent Colobus behavior? Or am I missing something up ahead? I usually convince myself to grab ‘a few quick shots’ and take my chances with what I might miss. Though I almost always stay longer than a few quick shots, I seldom regret my decision. In this case, 45 minutes later I was still with them, having the time of my life trying to capture high speed shots of the monkeys leaping out of the tree.

While watching these incredible monkeys, I was lucky enough to bump into Shadrack Kamenya and Lillian Pintea, JGI’s VP of conservation science (two of our true science heroes at JGI). It is wonderful to spend time in the forest with both of these brilliant minds. Lilian has helped shape how JGI uses technology and maps to understand threats to chimpanzees and their habitats, working with local communities to establish forest reserves and monitor things like encroachment. And because Dr. Kamenya received his PhD studying the Red Colobus of Gombe, seeing these monkeys with him was even more meaningful.

We moved up the valley together and learned from one of the skilled park guides that Gremlin, the elder female of the ‘G Family’ of chimpanzees, had been seen up the valley near the Dell. The ‘G’ and ‘F Families’ have been documented for 60 continuous years – beginning with Jane’s own research – which has allowed us to not only track lineages but also what we call ‘narrative research’ over many generations. It took us just a few minutes to find her, and we were delighted to see…. that at nearly 50 years old, she had a new baby! 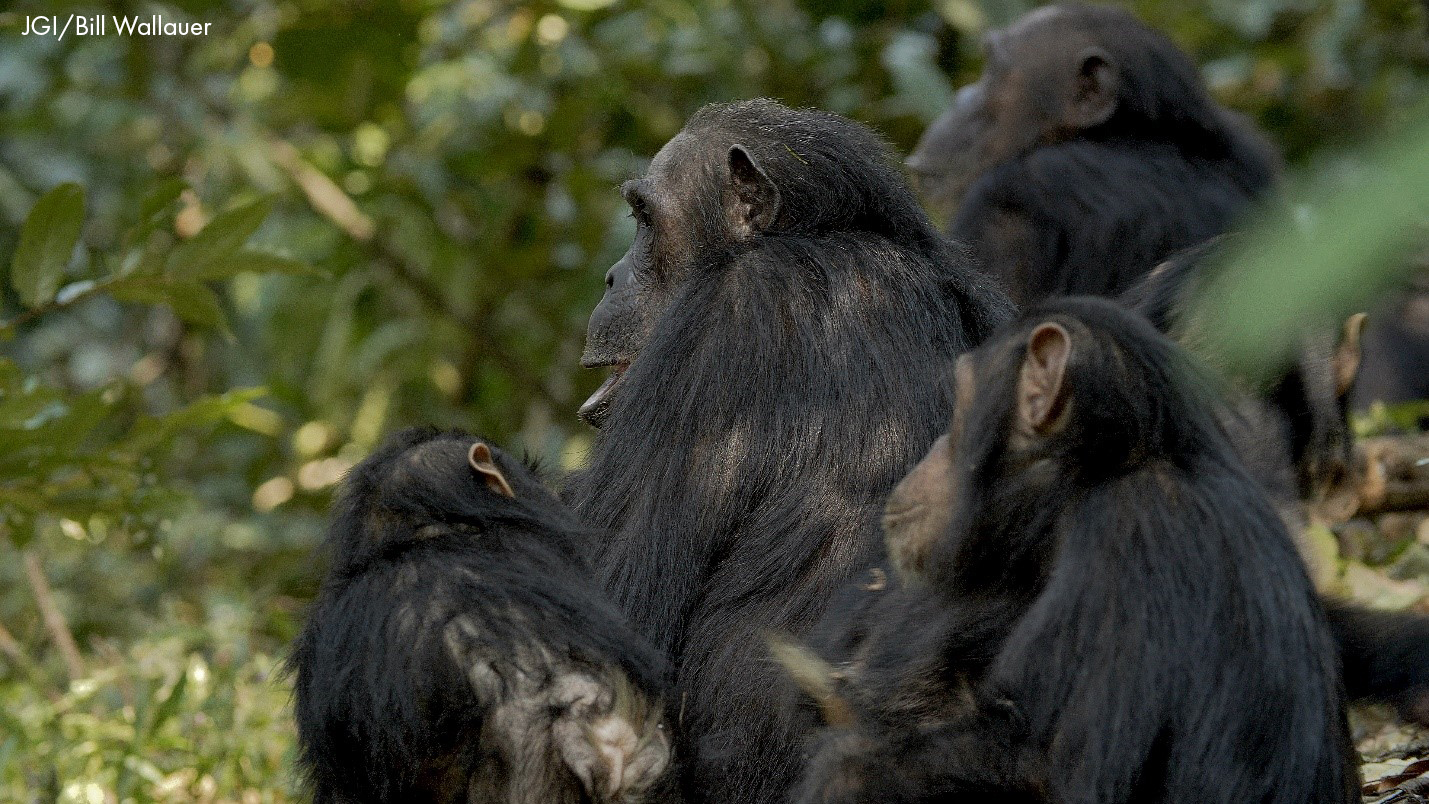 Over the past 27 years, I have probably spent more time with Gremlin and her family members than any other family in Gombe. In 1993 I watched (and filmed) Gremlin giving birth to Gaia, and five years later I watched with Jane as Gremlin introduced the twins Golden and Glitter to the community. Golden and Glitter have turned out to be two of the longest surviving twins in the wild in the whole world. What a spectacular bit of fortune it was that after all of these years, she gave birth to this new little one when Jane and I were both here. In honor of Jane, he was aptly named Goodali.

Gremlin was facing us when we arrived, and I was able to set up and shoot the first moment I glimpsed the new infant. 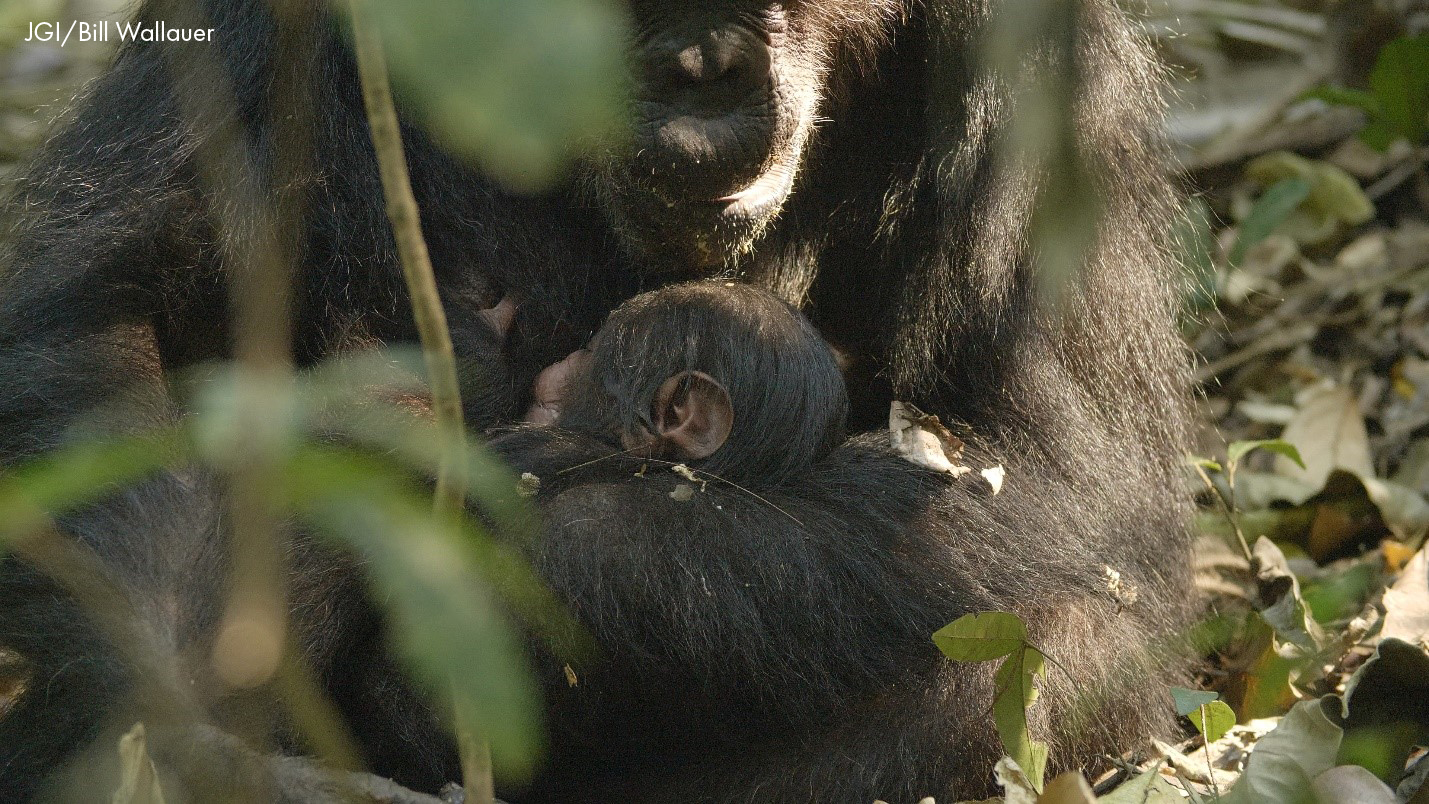 She sat for a few moments, then moved into a thicket and began to strip vines. The new baby had a tight grip on Gremlin’s long hair, and though Gremlin supported him occasionally with one arm, he was clearly able to hold on without her help.

I stayed with Gremlin and her family for the rest of the afternoon as they made their way to the top of Plum Tree Thicket.  It was a joy to see Gaia and her family (Gremlin’s grandchildren) eating and traveling together.

When the family reached the base of Peak Ridge, Gremlin climbed into a tall tangle of trees and vines and disappeared for a long time. I occasionally heard rustling sounds in the vegetation and eventually she climbed out on an open branch, where she bent over a few branches to form a soft place to sit. Grendel (Gremlin’s four year old) approached and stared at his new baby brother. It is not easy to be replaced as mom’s baby boy, but Gremlin has always been wonderful – consoling, comforting, and distributing her attention to all of her offspring. She lovingly groomed Grendel for a long time while keeping a supportive arm around the new infant. 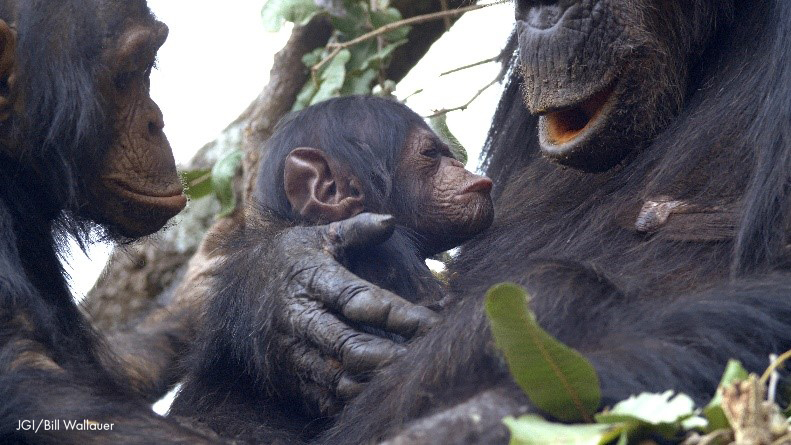 After a nice grooming session, Gremlin settled in for a late afternoon nap. She built a large nest, laid down, and fell soundly asleep. Grendel fell asleep as well on a lower branch, and I was able to capture some nice video and images of them both. It is always difficult to leave the forest, but how fortunate I was to witness some of the first hours of the latest addition to the amazing ‘G family.’