The Sad-Happy Story of Jack

Jack, less than two years old, reached out a small hand from inside the wooden crate where he crouched, trembling. The little chimp had just arrived at the Tchimpounga Chimpanzee Rehabilitation Center sanctuary locked in a tiny wooden box.

Two caregivers worked quickly to pry open the crate. As Jack clambered out, he swiftly grabbed the piece of bread held out to him. While he ate – clearly hungry – the rope tied around his neck was cut off in a single motion. Jack was free.

It is a tragic reality that the same cannot be said of his mother and, in all likelihood, other members of his family or troop. Best estimates tell us that for every live chimp taken from the wild, an average of 10 other chimps are killed, nearly always the mother as she clings to her baby in the face of an attack. 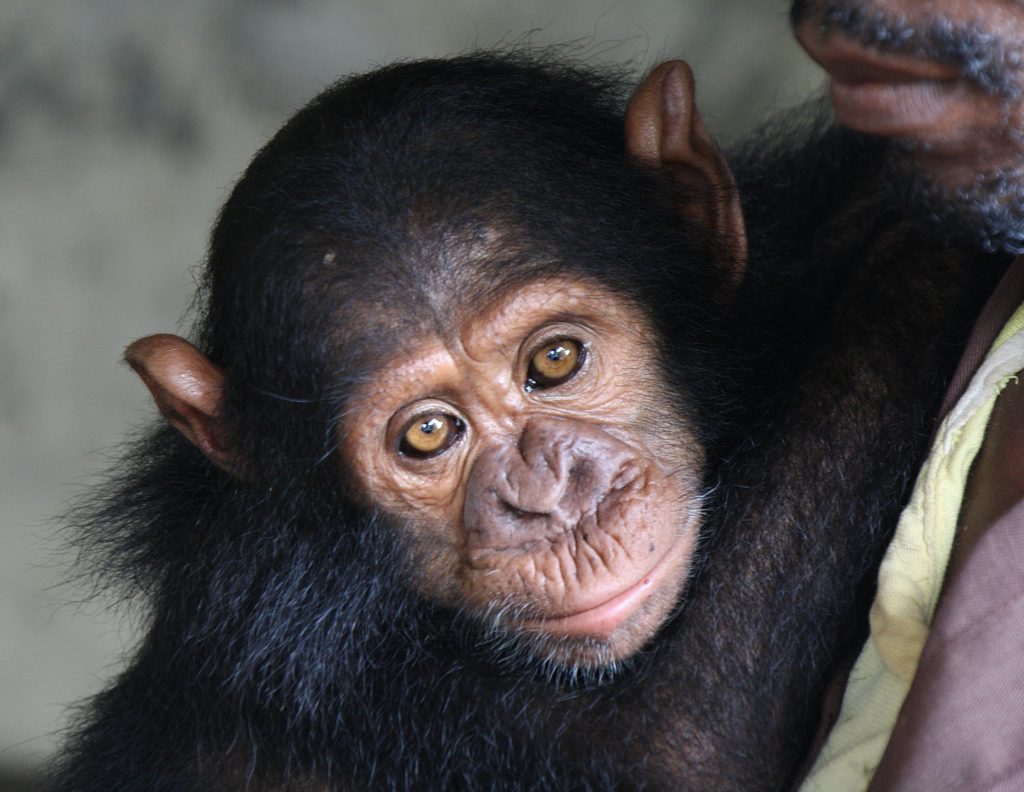 Such is the brutality of the illegal trade in endangered wildlife. At a minimum, 3,000 great apes are taken from the wild every year. Some are hunted to be eaten or sold in the market as food – so-called bushmeat. Others, like Jack, enter the illegal trafficking business and are sold as pets or to zoos.

While Jack will never return to the forest where he was born, he is safe and well looked after at Tchimpounga. As he grew older, Jack remained a timid chimp. Even so, he integrated well with the others, eventually moving to one of three islands belonging to the sanctuary where approximately 50 of the chimpanzees now live in conditions that most closely mimic true wilderness.

Jack’s story has a happy ending because our generous donors support Tchimpounga and our projects in Africa. You can help chimps like Jack either at the sanctuary or in the wild where we work with local communities to protect the forests. Please consider becoming a Chimp Guardian by adopting a chimp or a Chimp Champion who helps save chimp habitat.