From Hope Matters: Why changing the way we think is critical to solving the environmental crisis - Jane Goodall

From Hope Matters: Why changing the way we think is critical to solving the environmental crisis

Recently, Dr. Jane Goodall endorsed Elin Kelsey’s new book, Hope Matters. Despite these challenging times, there are reasons for hope. Read the excerpt from Hope Matters below to find out why! 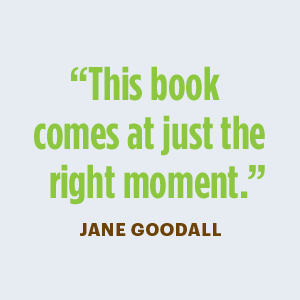 Hope is not about feeling cheerful. When you love something and it’s being destroyed, it’s extremely difficult not to give up. Trying to move in a positive direction in the midst of a terrible situation takes fortitude. Being hopeful is, in many ways, the more difficult path than despair and cynicism. Hope doesn’t protect you from feeling disheartened or sickened by the scale and horror of the fires in Australia, for instance. Feeling furious and upset at politicians who fail to lead urgently needed climate reforms, or angry that you’ve inherited a screwed-up situation from previous generations, is justified. Outrage shows you know what’s going on and you know what absolutely must change. Reaching the point of “enough is enough” spurs us to protest, boycott, and stand up for the things we love and believe in.

Anger and hope are not opposites. They have a symbiotic relationship. Both anger and hope are mobilizing emotions. The 2019 climate strikes that drew millions of people around the world represent a mass social movement fuelled by both anger at the injustice of what is and hope for what should be. Hope is what sustains us to keep fighting for social and ecological justice.

To hope is not to wait around until you are feeling optimistic, but to join with others in defiant response to what we are doing to the planet. It is an action that you do rather than a feeling that you have.